What is a rainforest?

A rainforest is a tall, dense forest that receives lots of rain every year. Rainforests are full of biodiversity, meaning there are lots of different species of plants and animals that live there.

What are the different types of rainforests?

Where are rainforests located? 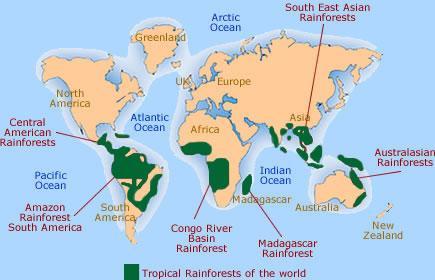 Tropical rainforests are very hot, humid and wet. They get around 2500 mm of rain a year. The average temperature is 28oC. There are no seasons in tropical rainforests; the weather is consistent all year round. Temperatures are always between 20oC and 35oC.

Layers of the Rainforest:

As we know already, rainforests are areas of dense plant coverage. We typically classify rainforests in four main layers: 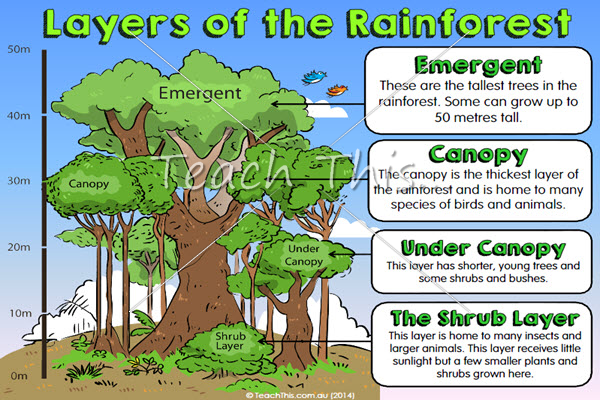 This is the name of the process in which trees are cut down. There are many reasons why people cut trees down such as:

​​​​​​​The problem with cutting down so much of the rainforest is that this can cause pollution! It is also bad for the local area because many of the animals may lose their habitat. Watch the video to discover more:​​​​​​​

More facts: To discover more about rainforests, click onto the links below to visit a range of websites which contain some handy information. You may wish to use this information as part of your homework projects!

The House of Plantagenet ruled England in some form or another from the reign of Henry II, beginning in 1154, until the House of Tudor came to power when Richard III fell at the Battle of Bosworth Field in 1485.

King Richard III - Richard III (1452–1485) was an English king. He reigned from 1483 until 1485. Richard was the youngest son of Richard, Duke of York. He had three elder brothers, Edward, Edmund and George. Richard, Duke of York, and his second son, Edmund, were both killed in battle during the Wars of the Roses. The eldest son, Edward, was a very good soldier, and won the throne of England in battle against the reigning king, King Henry VI. Edward then became King Edward IV of England and his two brothers, George and Richard, became very powerful men.