Good morning, everyone. How are you? Today is the last day of the working week as tomorrow is a bank holiday!

Why are ghosts bad liars?

(answer is at the bottom)

Friday 8th May is the 75th anniversary of V.E. Day. On 8th May, 1945, King George VI announced on the radio to the British people that Germany had surrendered and that the war against Hitler and the Nazi war machine was over.

You may remember when we studied the Battle of Britain that we looked at the map of where the Nazis occupied across Europe in 1940. It hardly seemed possible to overturn their might, but overturned it was.

Remember, this was a war that involved everyone. Think back to the work you did in Year 4 about the Home Front - bombing raids, evacuation, rationing: those in the armed forces and citizens alike were affected. Imagine the sense of joy and relief that people would have felt knowing that Hitler had been defeated. They celebrated by dancing, singing songs and holding street parties. Here are some photographs of V.E. Day celebrations in Leicester.

Mums serving tea at a VE Day street party on Clevedon Crescent, off Swainson Road, in Northfields, Leicester, in May 1945, (Leicester Mercury) 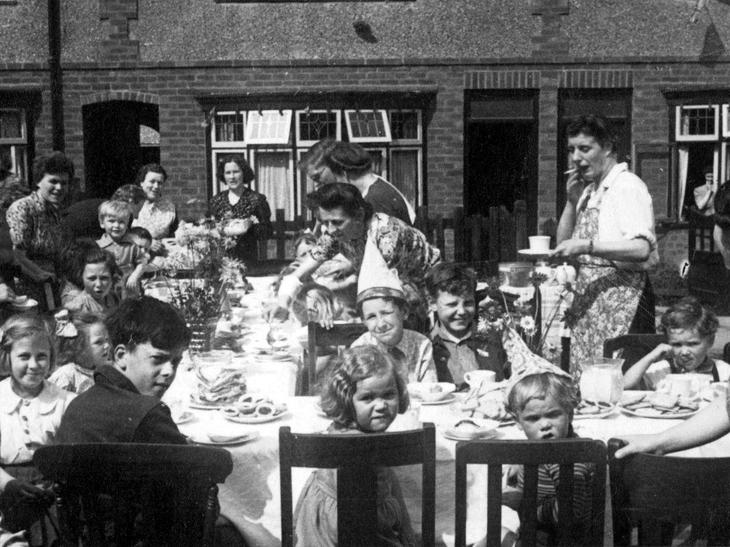 A street party on Saffron Lane 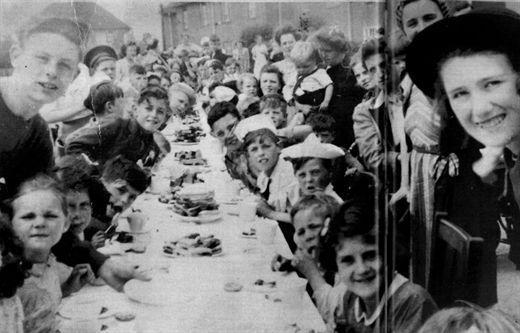 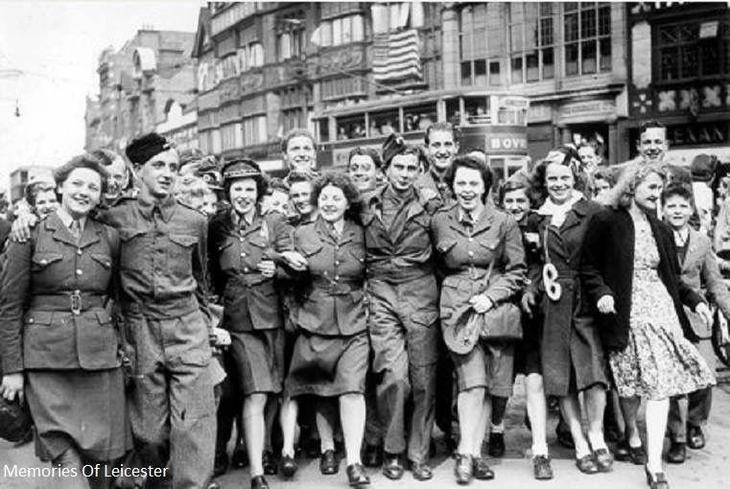 Right click on the pdf to open in a new tab and read it for background information. There are some really interesting photos from all over the world.

Have a look at this Newsround page to find out more about V.E. Day.

Click on this link and scroll down to ‘HEAR: The sounds of VE Day’. Listen to Winston Churchill make the announcement on radio to the British people.

It is important to remember that this wasn't the end of the Second World War (the war in Japan continued until August) but it did mark an end to the war in Europe, hence the term 'V.E. Day' - Victory in Europe Day.

Have a look at this video.

Codes and code breaking were such an important part of the war. Those who worked at top secret Bletchley Park intercepted messages from the Germans and used the information to prepare against attacks. Beaumanor Hall, where many of you have visited, also supplied coded messages to Bletchley for the code breakers to decipher.

Work at Bletchley was so secret that even the people who worked there often didn't know what the people working with them were actually doing! They all had to sign the Official Secrets Act which forbade them from discussing their work with anyone, even for many years after the war had finished. Experts say that V.E. Day would not have arrived so soon without the hard work of the code breakers at Bletchley. In fact, the war could have continued for another two years!

Have a look at this video that will give you a flavour of the work that was being carried out at Bletchley Park and will introduce you to some notable individuals who helped to end the war.

If you would like an even more brain-stretching challenge, have a go at this one set by Bletchley Park! Read the instructions to 'Bletchley Code Squares Puzzle' carefully as there are several stages.

The second document entitled 'Bletchley Code Squares Picture Explanation' is an explanation of the symbols so that you know why they were chosen as part of the puzzle.

However, if you've had enough of code breaking, then simply move on.

Now for a bit of fun. V.E. Day was a celebration. People would have celebrated in their homes and in the streets by dancing and singing. Here are some people dancing the conga around the Clock Tower in Leicester. 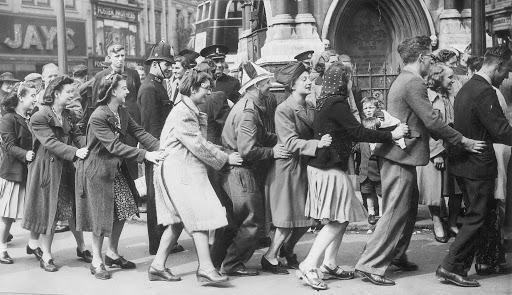 One of the most popular songs of the era was We’ll Meet Again, sung by Vera Lynn. She was known as the 'Forces’ Sweetheart'. Her beautiful voice gave comfort to those working away from home and hope that they would someday be reunited with their families. You found out lots about her in your music lesson, this week. Here is a photograph of her singing to the troops: 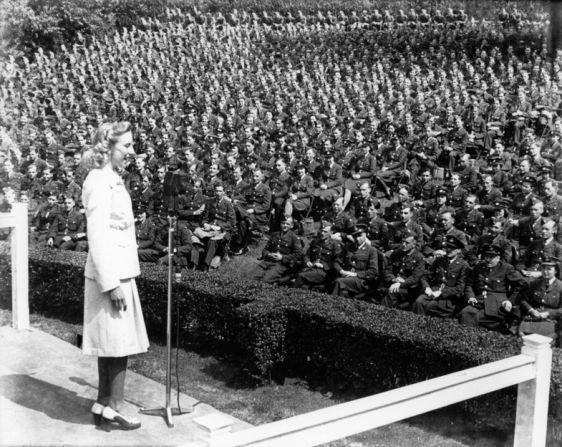 Tomorrow, there will be national singalong of her most famous song. If you didn’t try singing along in your music lesson, perhaps you’d like to have a go by singing along with the lyrics onscreen, today.

If you enjoy dancing, why not watch the Strictly Professionals perform a wartime style jive?

Then, here is a short (but tricky) jive tutorial if you want to have a go yourself:

Finally, you could try some jive steps out to a medley of tunes by Glenn Miller, an American bandleader whose music was incredibly popular at this time. You were introduced to this piece during your music lesson. However, if you would rather freestyle, then you go for it!

There are more activities in the ‘Extras’ section if you’d like to have a go.

Tomorrow is a Bank Holiday. Enjoy watching the V. E. Day celebrations on the television. Home learning will resume on Monday. Have a lovely (long) weekend, everyone!

Because you can see right through them!